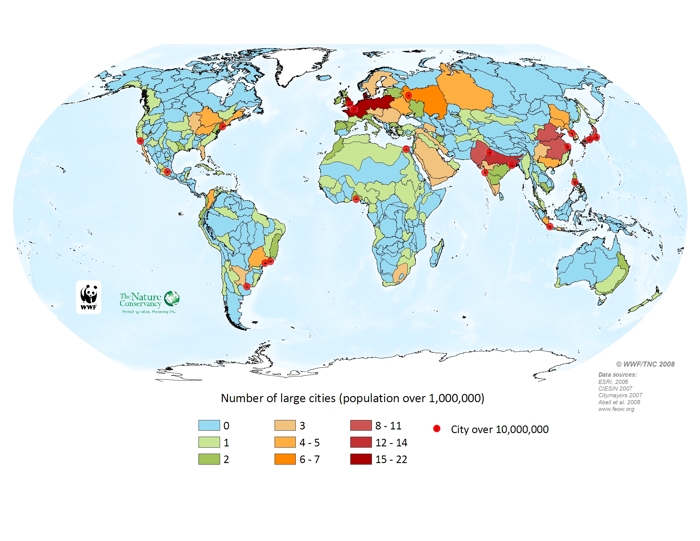 Large cities form a hub of infrastructure, water use, and pollution, and put an expanded ecological footprint on their surroundings to support their populations. Freshwater biodiversity in ecoregions with these population centers is considered to be increasingly under threat. Large cities are defined as those cities with a human population over 1 million, and in 2007, there were 342 of them. Of these, 19 cities had over 10 million inhabitants and are classified as megacities. This analysis uses data from ESRI,  Columbia University\'s Centre for International Earth Science Information Network\'s Global Rural Urban Mapping Project (GRUMP) database, and the Citymayors database.