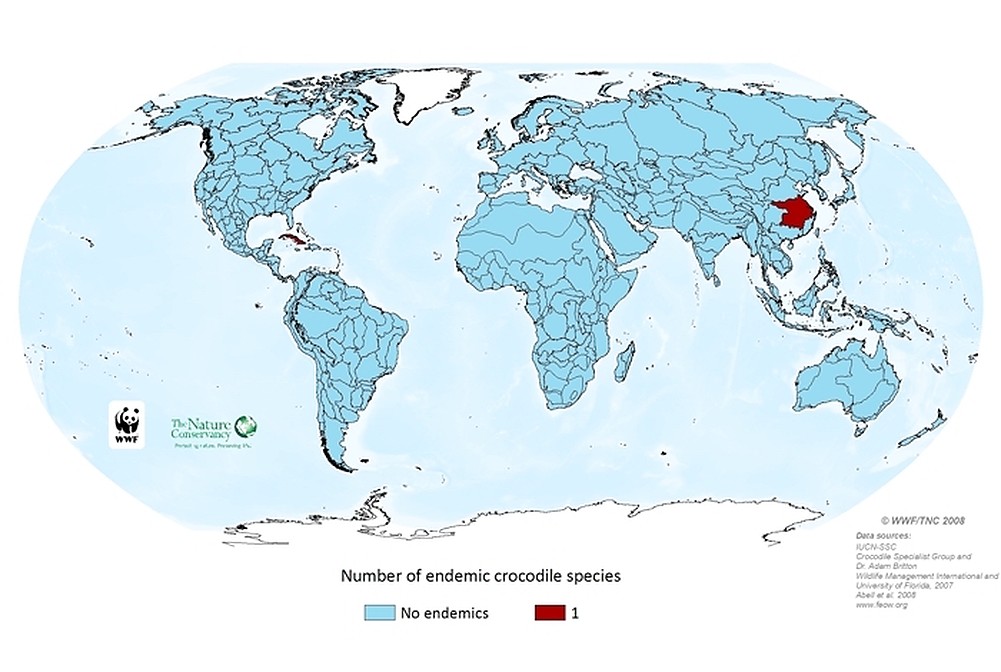 The map of number of endemic freshwater crocodile species – the number of crocodile species present only in a given ecoregion – was generated from species range maps available from the IUCN-SSC Crocodile Specialist Group and Dr. Adam Britton, Wildlife Management International, and the University of Florida. Species range maps were assessed visually and species presence assigned to ecoregions. If a species’ range was confined to only one ecoregion, it was said to be endemic. Only two species, the Cuban Crocodile (Crocodylus rhombifer) in the Cuba-Cayman Islands ecoregion (211), and the Chinese Alligator (Alligator sinensis) in the Lower Yangtze ecoregion (766), were found to be endemic.